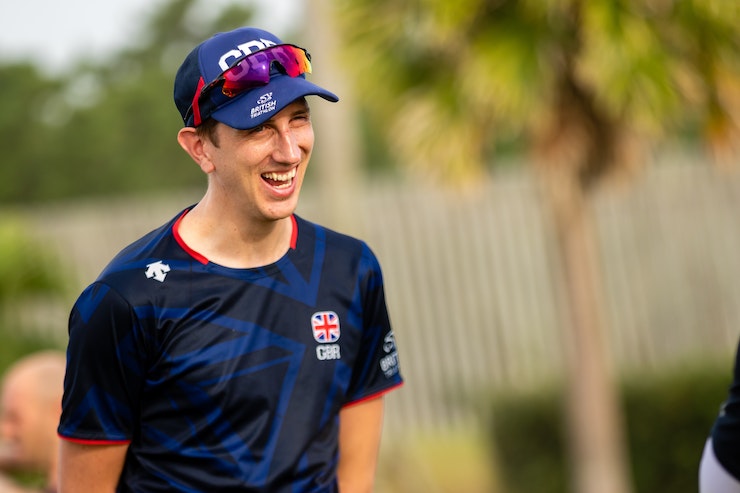 Hosting a home World Triathlon Championship Series race in Britain brings the best athletes in the world to a live British audience, but it also brings advantages from a performance strategy perspective in the build-up to the Olympic Games in Paris.

British Triathlon Performance Director, Mike Cavendish, is fully aware of the importance and benefits that a home race brings to the athletes, performance programme and for the growth of the sport throughout the country.

“Being at home is critical for a number of reasons compared to being overseas,” Cavendish stated. “We’re able to have more staff, we can test things without having to worry about the impact of travel and it’s nice to have full crowds cheering on.

“We’ll have more staff on a course that we know in Roundhay Park, which is a massive advantage compared to travelling to a course that we don’t know or don’t know as well. We’ve never had a relay in Leeds, but we can take away some of the unknown as we know the venue really well.

“The relay element is the big one for us from a strategic perspective this year. Montreal is the standout relay race of the year because we can qualify a team spot in Paris but having the opportunity to test and dry-run in the build-up to Montreal and over the next few years into Paris is hugely important.”

AJ Bell 2022 World Triathlon Championship Series Leeds is also the first WTCS race within the Paris qualification window, marking an early opportunity to earn points in the hunt for spaces in France in 2024 but also to start the work of defending the relay gold from Tokyo.

“Having a home race is critical at this part of the Olympic cycle,” Cavendish continued. “It’s the very start of the qualification period for the Games and it’s the first relay for us of the cycle, which is even more important than previously because of the switched order to go male-female-male-female.

“We’re reigning Olympic gold medallists in relay so we know we’re the hunted, plus, having the change in order, everything is new. To have relay on a home circuit and be able to test everything in an environment we know with the support around us gives a massive foot up in preparing over the three years to Paris.

“I remember coming back from Tokyo and, whilst we did really well in the individual races, all anyone wanted to talk about was the relay. One thing I’ve learned in sport is that you’ve got to capitalise on that interest and that conversation, so to have a relay at what I think is the best organised and supported race on the World Triathlon Championship Series calendar is massive for us.

“I don’t think you can overstate the importance of the weekend and how it’s got the potential to push on the exposure triathlon got in Tokyo to the next level.”

The event weekend also brings together participants from a range of backgrounds, experiences and ages, creating an event that encapsulates triathlon at all levels.

“The events team have worked really hard to bring the pathway to Leeds as well,” Cavendish added. “We’ve got nearly every stage of the pathway represented in the weekend, so a young kid doing their first triathlon can do it at the same location and cross the same finish line as the Olympians who they can stay around and watch.

“It’s one of the few places where you can genuinely do that in any sport and it’s all in the same place. I don’t think we can underestimate the importance of home racing both from a performance perspective and from a pathway and exposure perspective.”

You can make the most of having the top athletes from around the world in Britain by heading to Roundhay Park in Leeds on 11-12 June and watching the action from the park for free or by purchasing a grandstand seat which overlooks the transition area and finish line. Book your seats.

The weekend will also be broadcast on the BBC as part of a new deal to show the World Triathlon Championship Series in 2022. Find out more about where and when you can watch on the BBC here.