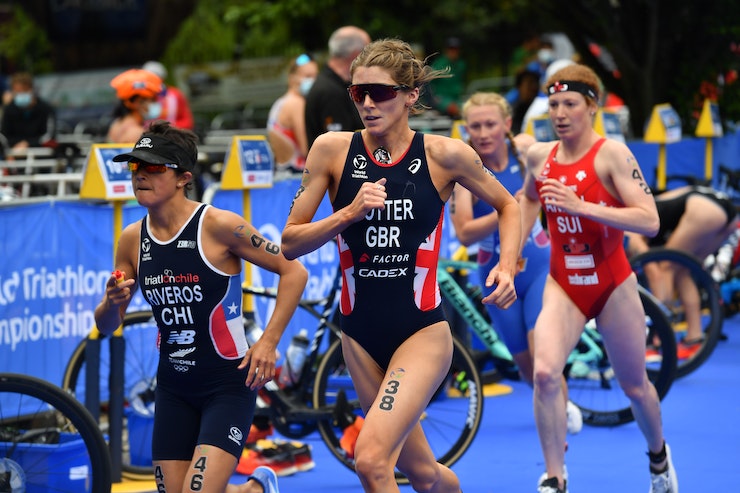 Last year saw Beth Potter make her Leeds debut where she placed seventh in a field that saw all seven British women on the start line finish in the top 25, with the Scottish athlete hoping for more success this year and at the Commonwealth Games in Birmingham.

The Commonwealth Games kick off at the end of July, but first up is AJ Bell 2022 World Triathlon Championship Series Leeds on 11-12 June in Roundhay Park. This year the event will include elite sprint distance racing on Saturday 11 June and elite mixed relay racing on Sunday 12 June.

“I’d never done Leeds before until last year, so it was really nice that it was a home race,” Potter, who trains in the city, said. “It was great to have a proper crowd because it had been so long since we’d had crowds like that in races. Topping it off by doing pretty well was good too.

“It’s been hard breaking through in triathlon with the British women being so strong. I felt the year before that I was probably ready, but there was no racing with Covid.”

With restrictions across the country having been lifted and a fully open park welcoming spectators across the weekend, Potter is looking forward to the advantages that a home race can bring.

“I think it’s really good being at home, especially for us based in Leeds,” she said. “We’ve got everything we need and can do our normal routine up until the night before the race. You don’t have to worry about long haul travel or being fatigued or jet-lagged, so that definitely helps when it’s on your doorstep.

“We definitely play on the advantage of having a home crowd and your friends and family watching. I think it’ll be quite a big buzz down by the finish with everything [finish, transition and the grandstand] being in one place. I’m really looking forward to a home race in Leeds and everything about it will be good.”

Potter is also eyeing up a second British race that will be a home race of sorts as the Commonwealth Games come to Britain when Birmingham hosts the Games this summer.

She’s previously raced in Glasgow 2014, representing Scotland in athletics, before competing in both athletics and triathlon in Gold Coast. This time around, she’ll be focussing purely on triathlon and is expecting great support from the crowds in Birmingham.

“I’m from Glasgow so it was a very home games for me and I had a really good time,” Potter added. “There’s probably a little bit more pressure this time around, but I’m not the one everyone’s going to have their eyes on, so I go in as an underdog.

“It’s all there and I’m just making sure I get the tiny parts of the races right that can set me up for the end. I feel like I’ve waited so long to use my run, so I just need to get everything teed up and in the best position possible.

“I’m a different athlete to what I was four years ago when I’d just come into the sport. I think the Commonwealths was only my fifth triathlon potentially so I’ve got a lot more experience under my belt and I’m feeling positive about it and seeing where improvements have been made.

“From my experience in Glasgow I was last to be announced, going through the English and Welsh athletes before and they got such a good reception, I couldn’t believe it and then I was almost giggling when they came to me.

“It was one of the most memorable races of my career and I get a bit emotional thinking about it. They were so loud and I felt like the crowd were lifting me up.”

AJ Bell 2022 World Triathlon Championship Series Leeds provides the opportunity to see the best athletes from around the world live in Roundhay Park.

The park will be open to spectators on both days for free to help create a festival atmosphere, with the best views available from the grandstand overlooking transition and the finish line. Saturday is sold out, with seats available for Sunday's elite mixed relay racing. Secure your grandstand seats here: https://leeds.triathlon.org/event_information/spectators.