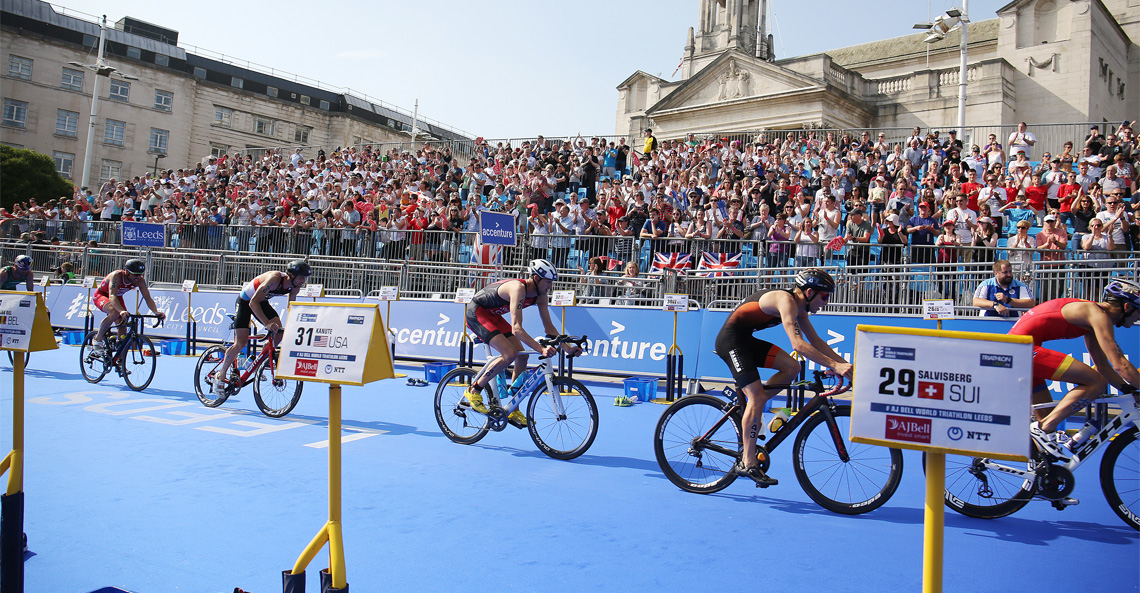 Grandstand tickets for the AJ Bell World Triathlon Leeds 2019 are now on sale, as we begin the countdown until the world’s best triathlete’s race through the streets of Leeds on Sunday 9 June 2019.

In 2016, 2017 and 2018, thousands of tickets were sold as sport fans from across the country jumped at the chance to take in unrivalled views of the AJ Bell World Triathlon Leeds from the spectator grandstands.

Grandstand ticket holders will be able to enjoy the luxury of the famous blue carpet experience watching the world’s best triathletes including GB's very best in World Triathlon Champion Vicky Holland and double Olympic medalist Jonathan Brownlee, with unrivalled views of both the second transition and the all-important finish line in Leeds’ iconic Millennium Square.

Ticket holders will see the elite athletes pass them seven times on the bike and four times on the run, as well as witnessing the conclusion of the races, which in the past few years has seen the Brownlee brothers top the podium in gold and silver medal positions. A big screen will be located opposite the grandstand, showing live coverage and commentary, ensuring ticket holders can stay up to speed with the race as the action unfolds around Leeds city centre.

Tickets will be snapped up fast, therefore please book early to avoid disappointment.

Tickets will be priced at £31.80 for adults and £21.20 for children (U18s) and over 65s including booking fee. Ticket holders can expect well over four hours of live triathlon action direct from the best seats in the house.